Video News: A Hawaiian-themed pre-release, more LIVE Tournaments and some news from Germany! 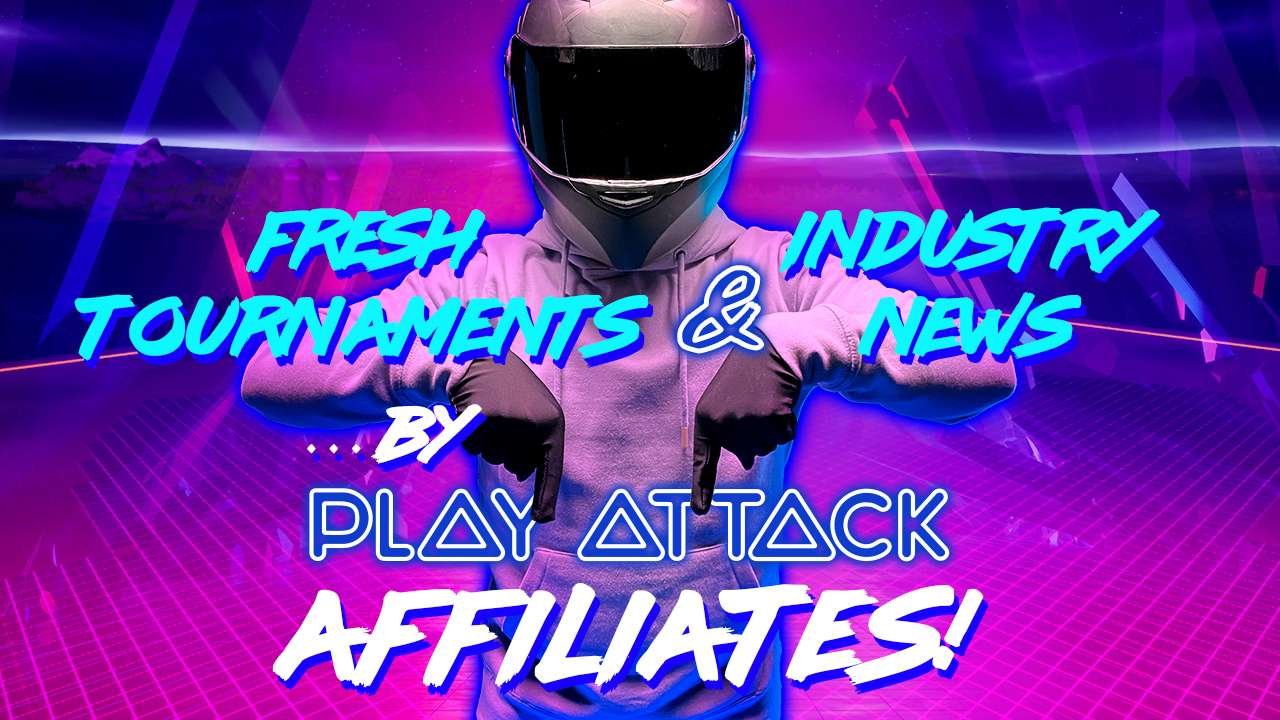 Great news everyone! Valentine’s Day is finally over … I said it’s OVER… , but it left us a couple of yummy treats! I’m talking about the V-day tournaments at Mr. Bit Casino and Frank Casino.

Let’s start with Frank. They’re hosting a super tournament called Soulmate Soiree right as we speak. It’s running through February 18th and has 10 000 euros at stake. The cash will be split up between 100 players who manage to score the most points in these slots.

Meanwhile, Mr. Bit is hosting the sick St. Valentine’s Tournament where you can battle it out for 5000 euros. They will be split between the top 100 players who manage to rake in the most points in Mr. Bit’s romance-themed slots — Love Island, True Love, Secret Romance, Lucky Valentine… Dr. Love on Vacation.. Hmmm, never heard of that one … and a bunch of other slots right here. First place wins a 1000 euros!

Hey guys, who wants some serious news? Germany postponed opening up to the gambling industry once again, even though technically, it’s already legal there. Problem is, the government can’t decide how much to tax the casinos. Recently they proposed an 8% stake tax, but experts were fully outraged and said you might as well not legalize gambling at all! *BUBBLE*

Um, one small problem though. It’s not a tax on profit, but on turnover. That is, casinos will have to dole out 8% of all stakes, while their profits average just 4%! Obviously, this means they’ll either operate at a loss, or lower the return-to-player rate from 96 to 88%. And that means players would win less often and lose more money! В сторону: Whose idea was this? Hit me up if you’re watching, I have something for you.

Anyway, it looks like German lawmakers will have to come up with something better. Let’s hope someone tells them about gross revenue tax, which the vast majority of countries with legal gambling use. See ya!

Howdy! Anyone here miss neat tournaments in live games? Haha, then I have something for you! From February 19th to the 25th, SlotV Casino is throwing down an epic battle called Cosmopoly tournament, with a prize fund of 3000 euros!

The tournament is going to feature all of the live slots from Evolution Gaming, and there will be 50 prizes – for those who score the most points. Points are awarded for winning rounds, depending on how much your initial bet got multiplied.

The max number of points per winning round is 500, which is already a boatload. But! If the player above you on the winner board becomes inactive, an accelerator kicks in, and your points go up by 50%! Neat, right?

And if you’re a true fan of live games but want nothing to do with these multipliers and accelerators, then here’s the deal. Go to our youtube channel and comment on this video with 3 reasons you like live games more than slots. The comment I like most will get these 100 euros  from me personally. Let’s go!

Tiki Madness Pre-Premiere! And a Promo Code for Free Spins!

Hey folks! Hear that? That’s our guys from Amatic putting the final touches on their new sick slot called Tiki Madness 100. Which, by the way, will be exclusively premiering on Playattack brands from February 18th to the 25th. It’s a colorful, juicy slot with 100 fixed playlines and loooooads of tropical Hawaiian-themed charm. Flowers, tikis, coconuts, sounds of ukulele – Aloha all the way!

And I haven’t even mentioned the volcanoes that act as SCATTER symbols when erupting, or the beautiful hawaiian girls – who act as the WILD symbols. If you’re lucky enough, they’ll even perform a special FIRE dance landing you a wild win of up to 2000 times the stake!

So if you’ve missed tropical beaches and real Hawaiian vibes, try using the code ALOHAHAHA at Mr. Bit Casino — it will give you 35 fun free spins in Tiki Madness with any deposit over 10 euros. Have a blast!