VIDEO NEWS: WowPot tournaments and a new reward system on our online casinos! 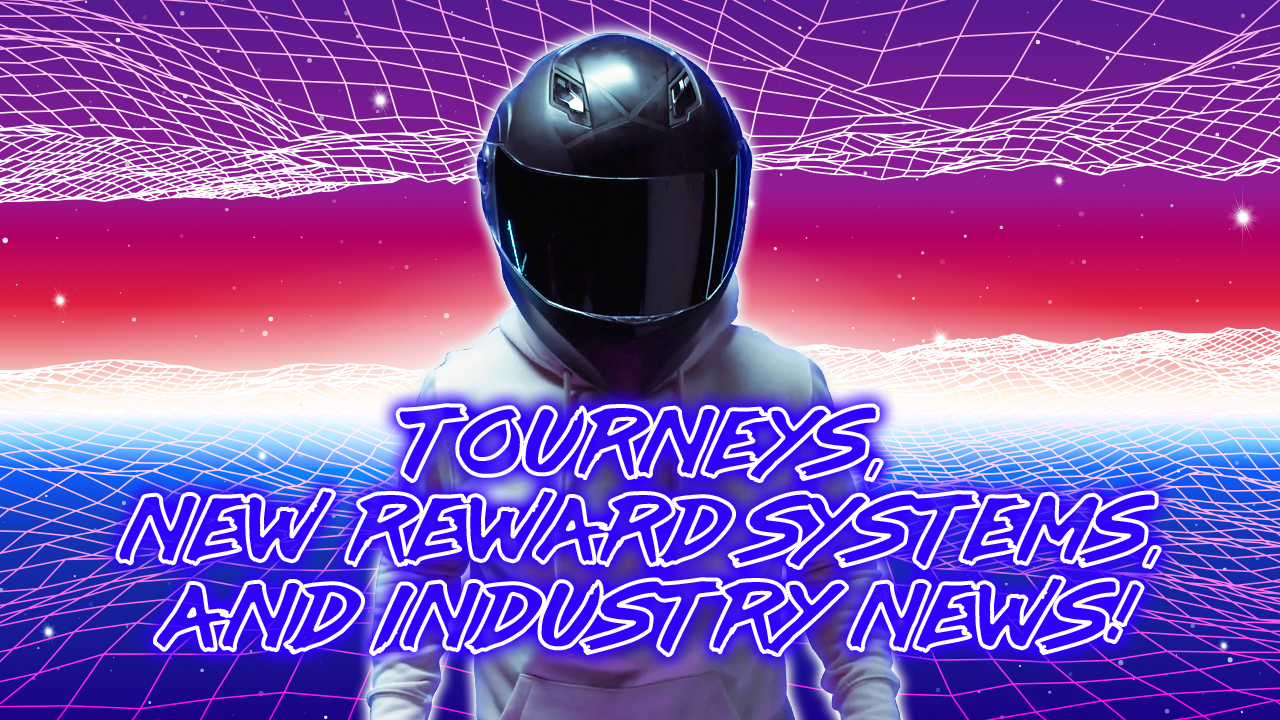 From April 10th to the 19th, Frank Casino and their friends from Microgaming are hosting the most banging WOW Pot Tournament with a prize fund of €10,000! It will be split among the top 100 players.

To win, you gotta score the most points in any of the slots as mentioned in the video. This list includes Microgaming’s top WowPot games, which feature progressive jackpots that get bigger every time a player makes a bet, and can easily go all the way up to seven figures!

Now, imagine hitting the jackpot and winning the tournament on top of that! How cool is that! Anyway, check out the Wow Pot Tournament at Frank casino. Hope that your own pot gets filled with some coins!

The ‘Spring Fling’ campaign by Yggdrasil!

Our guys from Yggdrasil are throwing their epic ‘Spring Fling’ Campaign across all our brands! It has a whopping €100,000 up for grabs that are split equally between the two stages: the prize drop and the lottery.

The prize drop is called Easter Escape, and to be honest, it’s already underway. But since prizes are awarded randomly, your players still have every chance to get something from this list. And possibly more than once, because there is no limit on how many times they can win!

And from April 12th to the 18th, we’ll trade the prize drop for the big bad April Quest tournament with yet another €50,000 to be split up between 440 players! Hey, there’s a thought! Use the code FLOWERPOWER in Mr Bit Casino, and it will give you 30 free spins in Elemental Princesses with any deposit over €15 through the end of April.

T&Cs for the promo code:

Well, scrap that. From now on, your players will get regular bonuses for their gaming activity. The more bets they make, the higher their status and the fancier their PERKS. There are free spins, bonus cash, cashback, anything you can imagine.

The only nuance is that the whole thing is reset at the beginning of the month, and you have to earn your status all over. But that’s how a casino reward program usually works, so I don’t think you’ll be too surprised.

Anyway, we are sure the new stuff is way more exciting than all the previous programs. So check out the details on Frank, SlotV and Mr Bit’s websites and let us know what you think in the comments.

The Dutch gambling regulator is ready to issue the first online gambling licenses!

The Kansspelautoriteit, also known as the Dutch gambling regulator, is ready to issue the first online gambling licenses in the history of the whole country! 35 of them, to be exact.

This became possible on April 1st, when the Dutch Remote Gambling act finally came into effect, after being postponed THREE times! And you know what that means, right? From now on, online gambling is legal in the Netherlands! If you apply for a license, of course! To get it, the operator has to:

An application alone will cost €48,000 and will have to be submitted in Dutch. So, operators, we suggest you start polishing your Dutch, will you?