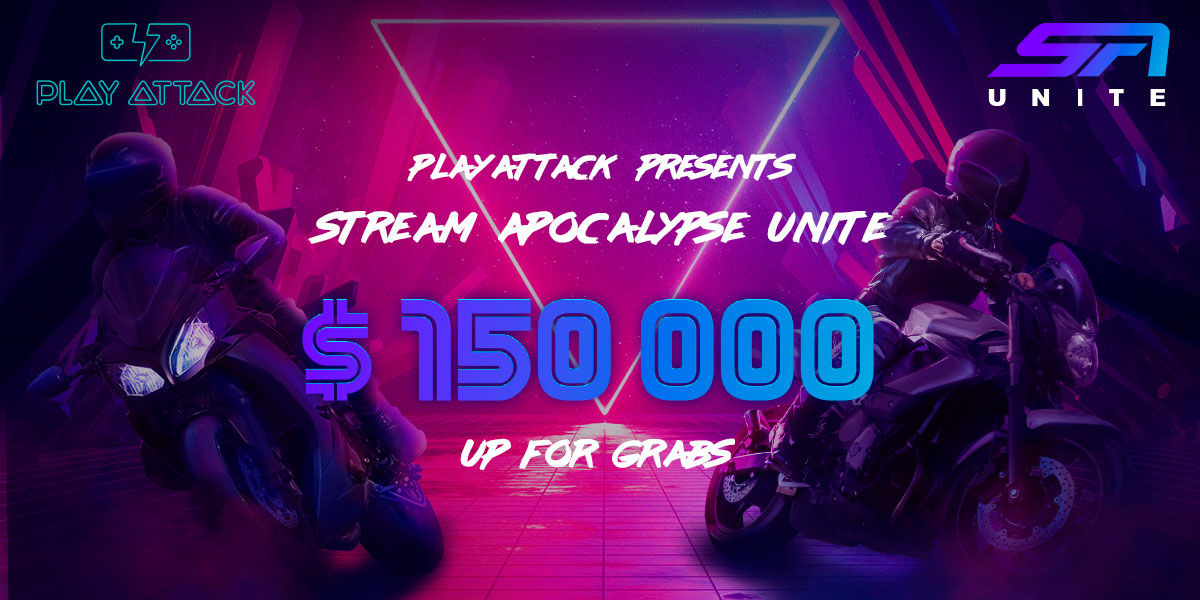 Stream Apocalypse is a slot games contest, where online streamers compete by playing slot games on PlayAttack brands and broadcast the process through their channel on either YouTube or Twitch.

PlayAttack is the only affiliate program that has a separate project for casino streamers. With online streaming gaining momentum during the past years, PlayAttack's idea was to provide streamers with a platform explicitly adjusted to their needs.

The contest runs from Monday, October 5th through November 13th, giving PlayAttack streamers plenty of time to enter the battle for a chance to compete for the $150,000 prize pool allocated to the tournament. The contest will run in three (3) stages.

During each stage, the participants can choose one of the two (2) brands available for streaming during the particular round.

The prize fund for each Stream Apocalypse stage is $50,000, and the goal is to get more win multipliers than anyone else. The top five (5) streamers in each round will get a share of the prize, with the top streamer raking in $17,500 and the fifth place taking home $3,500.

Mark Elvyn, Affiliate Manager at PlayAttack, who has been working closely with streamers, said:

"This time around, we're making the conditions fair for everyone — streamers of any scale may take part and get some cool rewards and a chance to boost their affiliate performance with an increased number of streams. This is something that has not happened before in the EU market, and we are thrilled to see everyone being able to participate."

Upon completing the verification process, they can stream from their Twitch or YouTube channel, depending on where their preference lies.