What Are The Fastest Growing iGaming Markets? 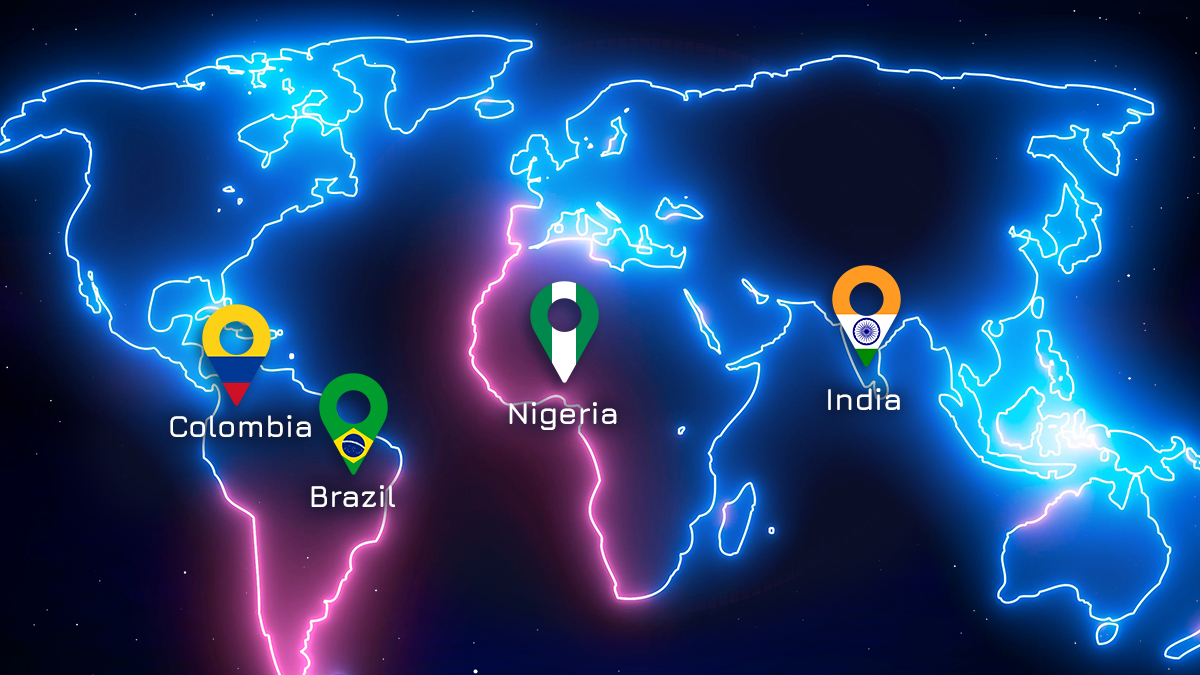 During the past year, the world has seen many industries and many more businesses within those industries struggle to remain afloat as a result of the COVID19 pandemic. Tourism, hospitality, retail, and airlines, have all been thrown into unknown territory, without a clear indication of when things may return to normal.

However, even though some iGaming businesses did indeed suffer losses due to the cancellation of the sports events, which led experts to think that COVID19 might have a huge negative impact on the industry, we can safely say that overall, the sector has witnessed an incredible growth within the recent years. Indeed, online gambling in the form of both sports betting and online casinos has continued to surge, producing billions per year as iGaming companies venture out into several new markets across the globe.

Online gambling is experiencing an unprecedented increase in popularity in many countries throughout continents such as Asia, South America, and Africa. However, there are a few countries in particular where the iGaming industry and online gambling have quite simply exploded onto the scene.

In this article, we take a look at each of these countries individually to explain the following:

In 2021, the iGaming market in India is reportedly worth $930 million, officially making it the most valuable market for online gambling worldwide.

Despite having such high value for monetary gain, the legalities surrounding the industry are not crystal clear. More specifically, the grey area concerning the legality of the industry within India stems from each of its 29 states having their own specific laws and regulations towards online gambling.

Regardless, the value of iGaming in India is expected to proliferate over the next decade, and in a nation consisting of a population of about 1.5 billion people, this is to be expected. European gambling companies are continuing to invest in the Indian market due to its massive growth potential. In fact, the industry is expected to exceed $1 billion in a matter of years. Therefore, it is simply too much of a good investment opportunity to miss out on, making it worth taking the risks involved in such a venture.

So, apart from the fact that there is such a large consumer base for iGaming companies to tap into, what are some of the main reasons for India’s surge in online gambling growth?

As a result of traditional entertainment sectors being forced to close for an entire year, and billions of people being told to stay indoors, online gambling has been on a steep rise. This is also the case in India, with BusinessWireIndia reporting that the online gambling industry saw a phenomenal 21% increase during lockdown periods.

That’s not all. There are 400 million individuals currently making use of online gambling services in India. This contributes to a whopping 15% of the world’s gaming traffic. These numbers show just how much the pandemic has sped up the sector’s growth in such an unexpectedly short period of time.

The large increase in the number of internet users in India should be accredited to the recent advancements made within their IT and Tech sectors. With the internet now being made more accessible throughout the country, more people are able to get online. In fact, reports suggest that India currently has over 560 million internet users, making them the second-largest nation of internet users in the world.

By 2023, the number of internet users is forecasted to reach up to 630 million. Combine this number with recent reports suggesting that 80% of adults in India place at least one bet per year, and the reason for continued investment becomes abundantly clear.

Those operating in the iGaming industry have continued to optimise their sportsbook platforms and online casinos to accommodate mobile gamers. This is the case not only in India but also around the world, due to the added convenience of being able to play online casino games on the go.

Furthermore, Walk Through India reports that mobile gamers are set to exceed 600 million over the next year, making mobile gaming a key driving factor for the industry’s continued success.

Dedicated to the Indian Demographic

Lastly, one factor that should not be overlooked is that many of the online gambling sites that are being launched have been tailored specifically to suit the needs and wants of this market.

This is being achieved by providing customer support in local languages, providing games like ‘Teen Patti’, a popular household card game in India, and by going the extra mile to educate an audience that is new to the online gambling scene by providing them with all the information they may need on deposits, withdrawals, how to play certain games, and more.

African countries are well known for their love and passion for sports, and football in particular. Nigerian football fans support teams from Europe’s biggest and most famous domestic leagues, with the main two being the English Premier League and the Spanish La Liga.

There are several reasons why Nigeria is a growing market for the iGaming industry and sports betting companies in particular. From a youthful population of football enthusiasts to improved internet infrastructure, and smartphones becoming more affordable to the general public.

SBC News report supports this by claiming that Nigeria is the African market with the greatest potential for iGaming industry growth, whilst the economy itself continues to grow at an average of 7% per annum.

Moreover, a report compiled by BtoBet in 2020 has provided some intriguing insights on the sports betting market in Nigeria that justify the arguments above. Here are some of the highlights from the report.

Moreover, the Nigerian population heavily favours mobile gambling over desktop. As mentioned before, improvements have been made to internet speeds in the country, with an average of 15.32 MPBS now available to consumers.

As a result, the country has a total of 169.2 million mobile subscriptions, which equates to an 83% mobile penetration rate. These figures are quite staggering and are one of the key driving factors for making Nigeria one of the fastest-growing iGaming markets in the world.

If these numbers are still not enough to convince you, here’s one more statistic that we think will. In 2019, the third most popular search query on Google in Nigeria was Bet9ja, a highly popular sports betting platform. This goes to show the attitude the population of Nigeria holds towards football and sports betting in general.

Next on the list of the fastest-growing iGaming markets, is Latin America. This region can also be compared to Nigeria, in the sense that internet connectivity is consistently improving, and more importantly, these nations have an unrivalled passion for sports. We now know that where lies a passion for sports also lies a fantastic opportunity for iGaming market growth.

In this section, we’ll discuss Colombia and Brazil respectively as being the front-runners for iGaming market potential.

Despite a population of only 50.34 million people, Colombia is actually one of the leaders when it comes to the iGaming market. The market is now fully regulated after a massive crackdown which saw near 3,000 illegal operations being shut down.

In 2019, the revenue generated from online gambling in Colombia reached €8 million. The reason why this figure is so much lower compared to what we see happening in India and Nigeria is that the iGaming market only became approved and fully regulated in 2016, and began accepting new operators as recently as 2017. Still, this was reported as a 63% increase from the previous year, and thus, showing the incredible rate at which this iGaming market is growing.

Furthermore, recent statistics show that 75% - 80% of the total iGaming revenue in Colombia was generated from sportsbook. This is to be expected, seeing as the Colombian people have a strong preference for football and sports over online casinos.

With a population of 211 million people, you would expect Brazil to be placed right at the very top for iGaming market potential. This can be mainly attributed to the fact that the laws surrounding gambling are much stricter than they are in Colombia, which sees very few gambling restrictions at all.

Gambling operators have had to run their businesses illegally for a long time up until the backend of 2018 when it finally became approved to legalise wagering activity. For this reason, Brazil still has a lot of catching up to do when compared with other countries.

The market is now starting to become more and more regulated, allowing iGaming companies to penetrate the market and reach its incredibly vast population, of which 90% of those aged 34 or younger are already using smartphones.

The statistics regarding the number of individuals who have begun using online gambling, as well as the revenue being generated for these economies, proves that these industries are thriving whilst only being around for a few years. These numbers will continue to rise as more operators invest in these markets in the near future.